This is an informational announcement for ALL STUDENTS, EMPLOYEES and CONTRACTORS.

1960s: A Region is Transformed 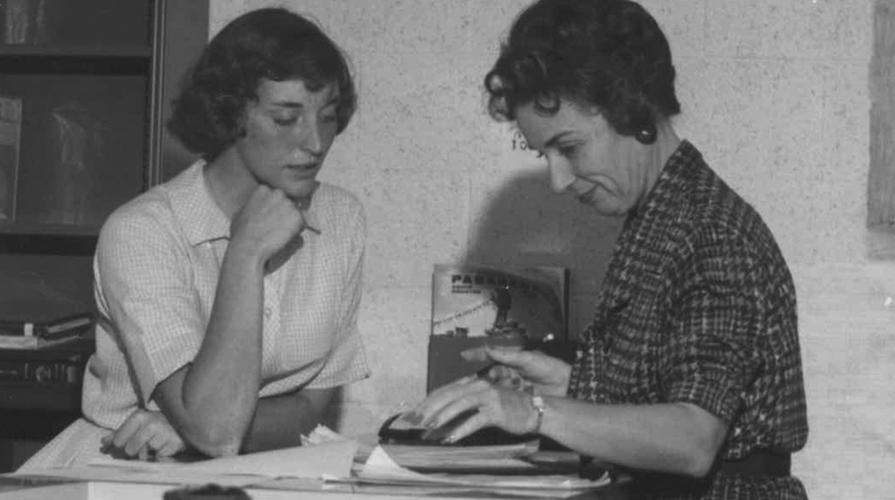 Dr. Parker Williams helping a student in the library 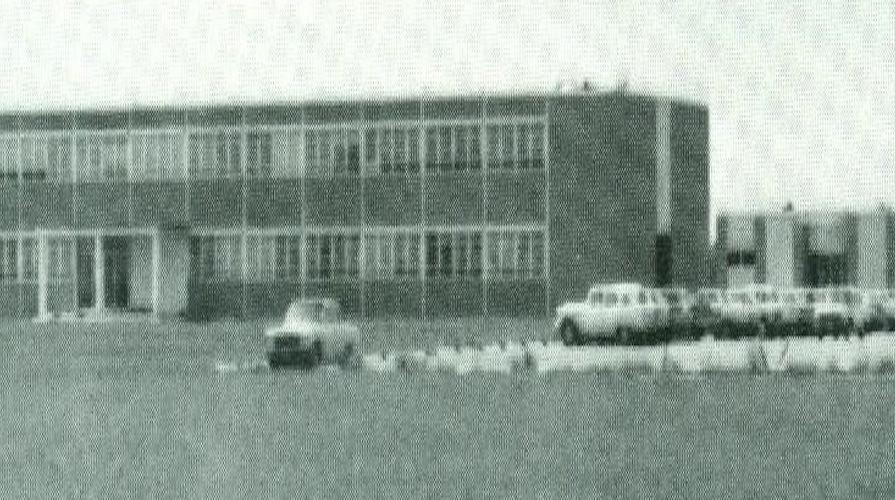 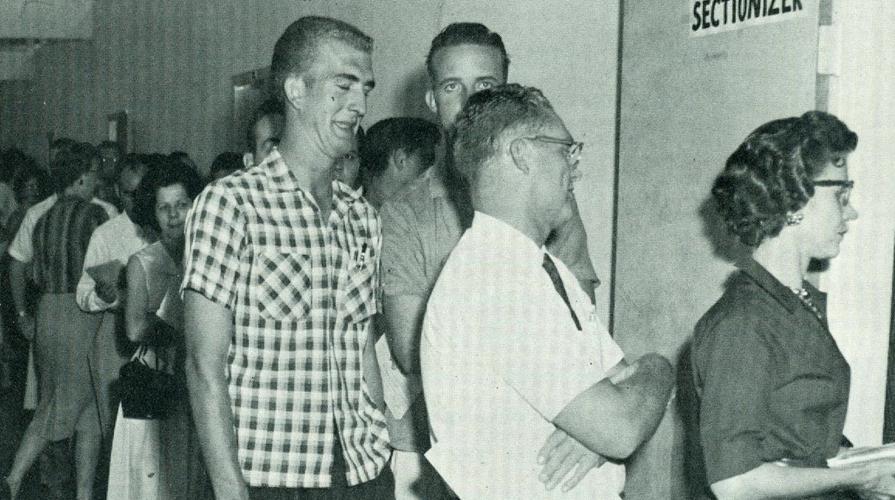 The first San Jac students waiting in line at registration 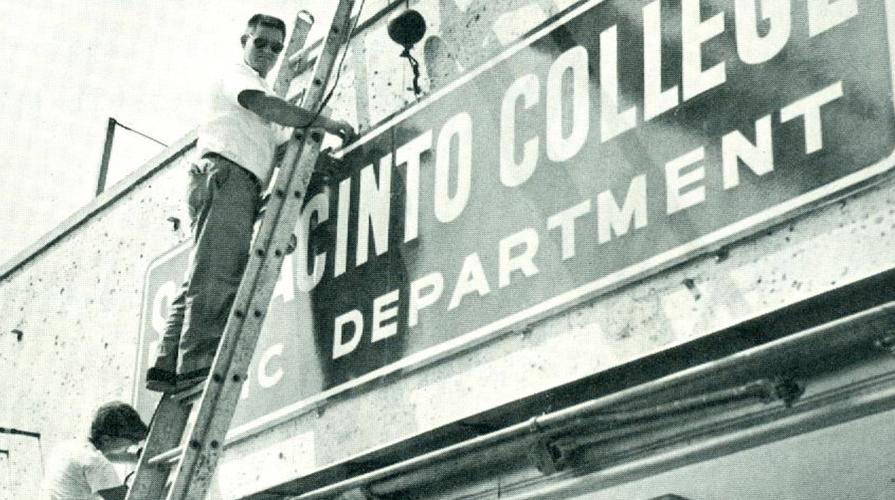 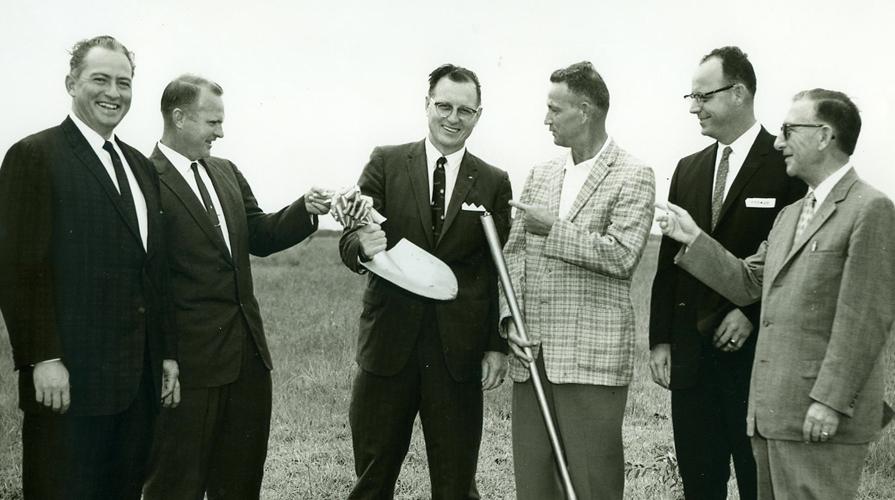 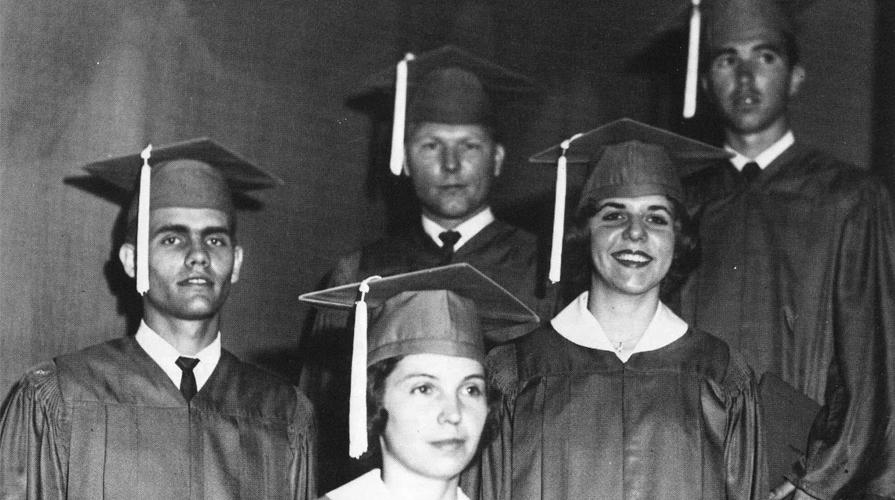 The first five graduates of San Jacinto College in 1962

March 31, 1961---Miss Billye Joyce Fields became the first student of San Jacinto College when she registered and paid her fees for the 1961 fall semester.

July 19, 1961---Board voted to lease two buildings in downtown Pasadena to hold first classes. Former dime store and nearby building in 100 block of South Shaver to be remodeled and divided into classrooms.

July 19, 1961---The Board of Trustees awarded a $279,976 contract for construction of a 16-classroom science building. During that summer, the Board elected to rent three vacant store buildings located at 120 Shaver in downtown Pasadena to be used for temporary instructional space until construction of permanent classrooms at the Spencer Highway site could be completed.

August 10, 1961---The groundbreaking ceremony for what would become the Vincent Henrich Science Building took place on the Spencer Highway campus.

October 15, 1961---Students held an election to determine the names of the first student newspaper (The Texian), the yearbook (The Monument), and the mascot (the “Ravens”).

October 20, 1961---The College published the first issue of the student-operated newspaper, and The Texian became the first junior college biweekly newspaper in the state.

January 29, 1963---The San Jacinto College nursing program was initiated with 32 students after months of arranging training programs at area hospitals.

April 6, 1963---The Association of Texas Colleges and Universities granted San Jacinto College full accreditation, making the College the first college in the state to become a fully accredited member after only two years of operation.

Spring 1963---The first issue of the student literary magazine The Golden Pen was published.

June 1964---The McCollum Administration Building opened, and the College moved all operations to the new Campus site on Spencer Highway.

November 21, 1964---Voters approved the College’s second bond issue of $3.5 million, allowing the construction of six new buildings and additional classrooms in several others.

January 23, 1965---The first graduating class of 15 nursing students completed their degrees and received their pins.

December 16, 1969---Voters approved the third bond issue in the College’s history. The $2 million bond referendum provided a new science building and a second technical building at the Spencer Highway Campus. In order to provide instruction to the Northern part of the service area, the bond also authorized the purchase of property on the north side of the Houston Ship Channel for construction of a North Campus.