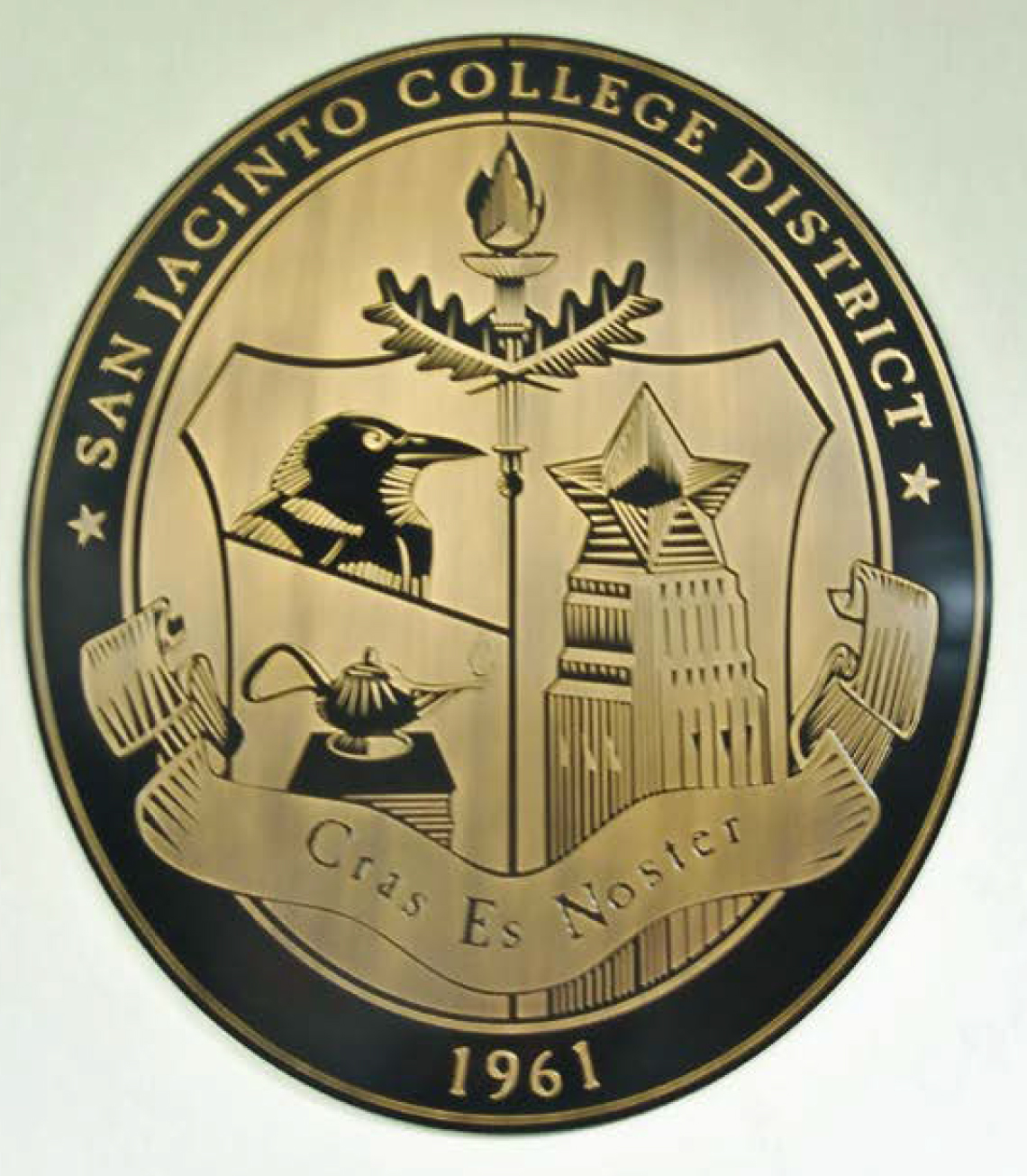 San Jacinto College students created the “coat of arms” as an academic seal in 1966-1967 in an effort to “instill pride in the student body.”

The seal is a circle surrounding a coat-of-arms with a mantel and motto written in Latin. The Board of Trustees adopted the San Jacinto College academic seal on March 6, 1967.

The “coat of arms” was revisited in March 2008 in an effort to create one seal for San Jacinto College to be used as the formal symbol for the College while maintaining the history and efforts of the student body in 1967.

The Board of Trustees approved the seal of San Jacinto College as it stands today on April 7, 2008.

Elements and Their Meaning

Torch: The torch of wisdom.

Coat-of-Arms: The coat-of-arms was a required element by the student body. Although an explanation does not exist as to why they wanted it, the College community wishes to honor their work. Within the Coat-of-Arms are:

San Jacinto Monument: honoring our location and the birthplace of Texas

Lamp: the lamp of learning

Latin Motto: Cras Es Noster means: The Future is Ours 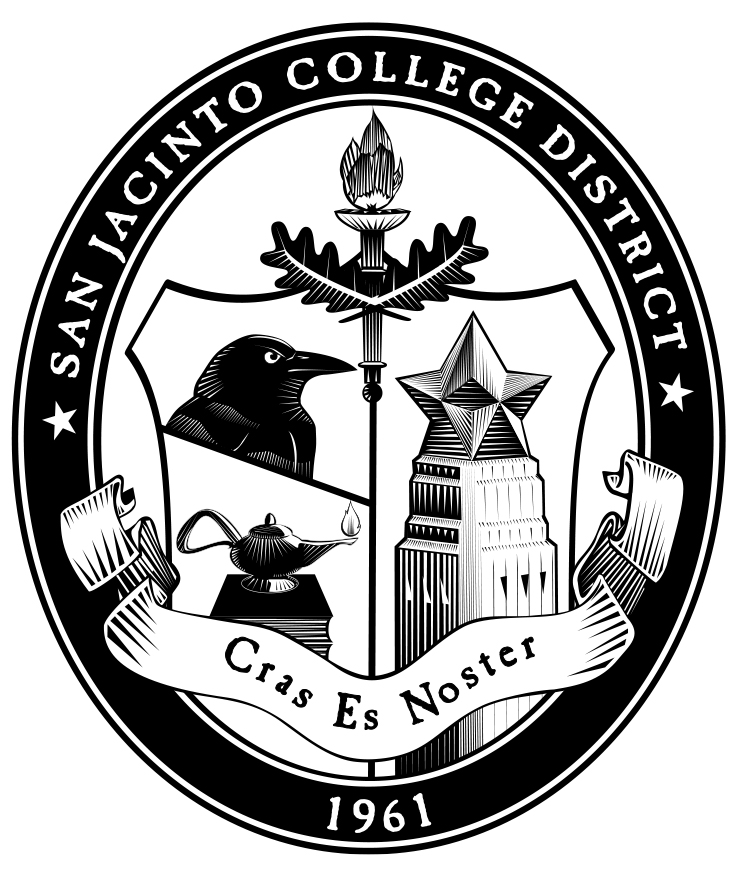 The most formal symbol of San Jacinto College is the seal. It is the official academic signature of the College. As such, the seal is reserved for use on formal documents or forms of the highest official rank such as Board of Trustees, Chancellor, Vice Chancellor, Provost, and other formal administrators’ documents. Such documents could include diplomas, certificates, certain other printed materials of a formal nature, and legal documents. Any other use of the College seal should be pre-approved by the marketing department.

The San Jacinto College seal is used primarily for official College documents such as diplomas, certificates, special awards or plaques as directed by the marketing department. The seal is also used in specific applications, where a more formal presentation is desired, such as stationery, commencement and event programs. If you have questions about the usage of the seal, please contact the marketing department.

The seal should only be used for applications directly related to the official business of the College. 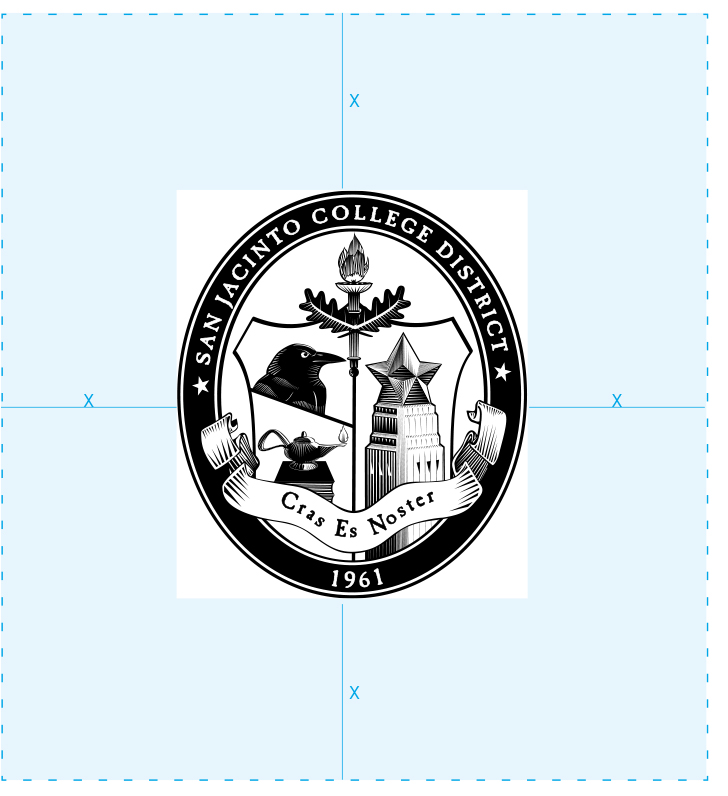 To give the seal the maximum amount of emphasis, a clear zone surrounding the seal must be maintained.

The space is measured by the radius of the seal at its widest point.

The minimum size the logo can be printed measures 0.75” in width.

The following are examples of inappropriate usage of the San Jacinto College seal.

The seal should be reproduced exactly as it appears in supplied digital files.

Consistent use of the seal is key to maintaining a cohesive and effective graphic identity for the College. If the seal appears in a variety of altered or modified forms, the mark becomes less reliable as a symbol of the College.

If you see the College seal in an unapproved, modified form or have a question about usage, please contact the marketing office.