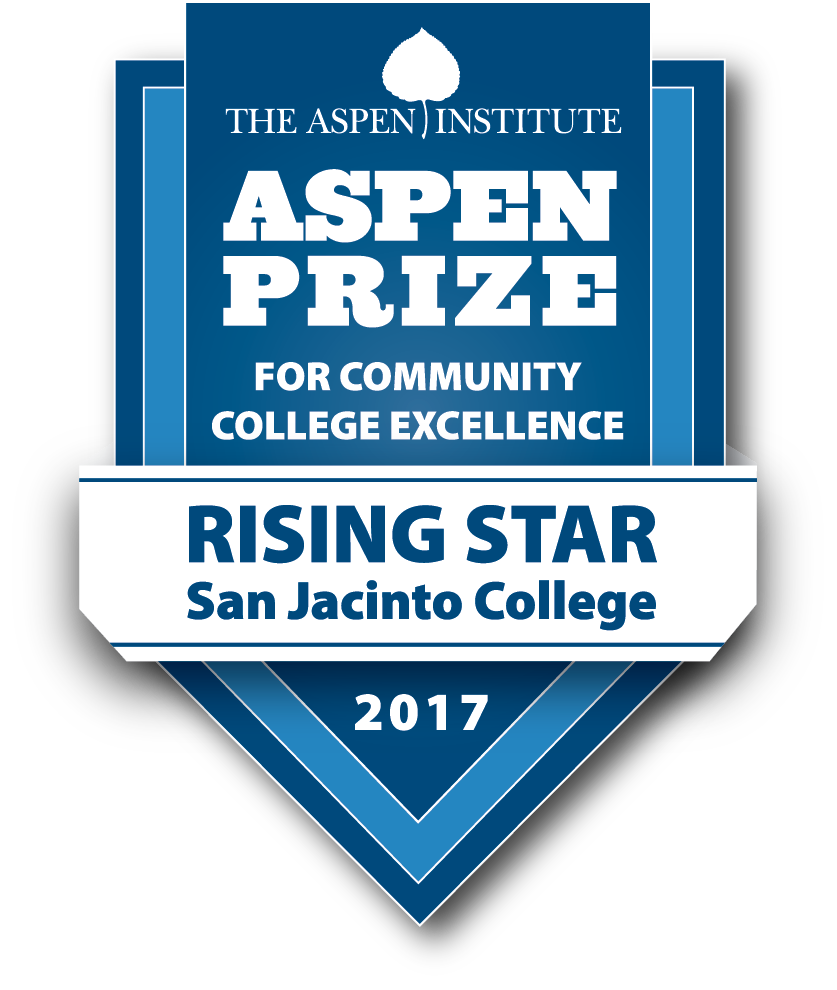 “I am honored and humbled to accept this award on behalf of the entire San Jacinto College community.” ~Dr. Brenda Hellyer, Chancellor

The Aspen Award for Community College Excellence is presented every two years and is the nation’s signature recognition of high achievement and performance in America’s community colleges. From the more than 1,100 community colleges nationwide, San Jacinto College was first selected among the top 150 last Fall. A selection committee then narrowed down those institutions to the top 10 based on student academic achievement, degree and college completion, job placement, and minority and low-income student accomplishment.

Hear what Josh Wyner, executive director of the Aspen Institute College Excellence Program, has to say about San Jacinto College.