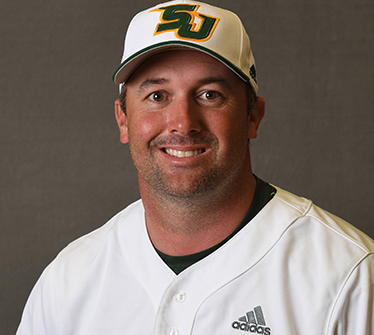 Eric Weaver joined the San Jacinto College baseball coaching staff in fall 2014 and hit the ground running. Among his duties at San Jac are pitching and infield coaching and assisting with player recruitment. He also serves as the baseball facility coordinator. Weaver was a standout college pitcher and successful college coach, bringing with him talents and strengths that help the San Jac baseball team.

“Since Eric joined the program, we have made three consecutive trips to the JUCO World Series,” said Head Coach Tom Arrington. “Eric works closely with Kory Koehler in the recruitment of prospective players within the state and region. He has a strong contact base of local high school coaches, professional scouts, and player agents to draw upon in the search process. Weaver will also work closely with myself and Volunteer Assistant Coach Woody Williams in the development and planning of the pitching staff.”

In addition to coaching the team on the field, Weaver is also the academic coordinator of student athletes at the North Campus. In this role he assesses each student-athlete’s course load, assists in preparing class schedules, develops transfer plans, and coordinates a smooth and clean transition to National Collegiate Athletic Association (NCAA) and National Association of Intercollegiate Athletics (NAIA) institutions.

Weaver graduated from Deer Park High School in 2003, where he was a two-sport standout, earning all-district honors in baseball and football. He went on to be a starting pitcher at Alvin Community College and was voted to the Texas / New Mexico JUCO All-Star game after his freshman year. He was the team’s MVP in 2006, earning all-conference recognition.

Weaver continued his academics and baseball at Texas State University, where he was ranked the fifth most effective pitcher in the Southland Conference in 2007, posting a 6-1 record in 30 appearances. That season, Weaver had five saves with a 2.23 ERA, allowing 33 hits and seven walks, with 33 strikeouts and a .212 opponents’ batting average. He saw limited action in his senior year due to a shoulder injury.

Weaver returned to Alvin Community College to serve as its infield coach and recruiting coordinator from 2011-2014. During that time, the Alvin baseball team won the South Zone Championship in 2014 and was ranked third in the nation in the Perfect Game poll, the highest national ranking in the college’s history. In 2014, Weaver served as an assistant coach in the Karl Young Collegiate League, a Houston-area summer league. He went on to serve as head coach in 2015 and 2016.

He holds a bachelor’s degree in applied arts and science from Texas State University. Weaver and his wife, Kassi, were married in 2012. The couple have two sons, Easton and Nash. The family resides in Deer Park. 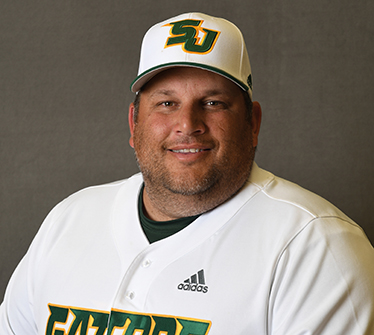 A former catcher at San Jacinto College (1999-2000), Kory Koehler is now entering his 22nd season with the team. As a player, Koehler was fortunate to play in two JUCO World Series, and during his time as a volunteer assistant coach, the team has made 12 trips to Grand Junction. Koehler appreciates the success he’s been part of as a coach. Winning at a consistent level involves having talented players and crafted coaches, but Koehler has seen San Jac go the extra step.

“For me, each year is a new start,” he said. “I’ve been very fortunate in my time here at San Jac. This is my alma mater, and it means the world to me to continue to be a part of such a wonderful program. I look forward to another fantastic run this year, and I believe this year’s team has as good a chance as any in years past to bring that elusive sixth national championship back to San Jac. Unfortunately, I have been on the losing end of six championship games, but I wouldn’t trade those experiences for the world. I would love to see our young men get to experience that moment after winning the final game of the season in Grand Junction, Colorado. Experiencing that moment is something we work so very hard for and we look forward to each and every year, and I hope one day to experience that with Head Coach Tom Arrington, fellow coaches and staff, and most importantly our student athletes.”

Originally from North Bay, New York, Koehler graduated from the University of Houston in 2006 with a Bachelor of Science and in 2008 with a Master of Education in physical education. In the summer of 2015, he led the Houston Collegiate League Gators to a league championship.

Koehler was elected as the 2019 American Baseball Coaches Association National assistant coach of the year and was the first ever to win this award in junior college baseball.

“Kory is an outstanding coach and an even better person who has a deep-seated passion for the development of players and for the success of the San Jac baseball program,” said Head Coach Tom Arrington. “He possesses a tireless commitment toward San Jac baseball and the pursuit of a national championship. Over the last 17 years of our friendship and work together at San Jac, Kory has continued to take on additional responsibilities in his development. While he is in charge of recruiting, hitting, and offensive planning and development of the team, he has also done a tremendous job in our community outreach.”

Koehler will manage the Charlottesville Tom Sox in the prestigious Valley League in summer 2021 in Virginia. “I look forward to the challenge of coaching and leading one of the top-ranked summer collegiate teams in America,” he said. “But first we have goals to achieve here at San Jac.” 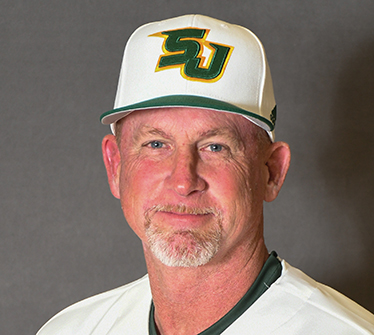 Woody Williams may be in his sixth season as a volunteer assistant coach with the San Jacinto College baseball program, but he is no stranger to the game of baseball at any level. Williams played at Wharton County Junior College, Alvin Community College, and the University of Houston before a professional career that spanned 20 seasons with the Toronto Blue Jays, San Diego Padres, St. Louis Cardinals, and Houston Astros. His experience and wealth of knowledge are an asset to the San Jac baseball program.

“I am very excited to be here and be a part of this team,” Williams said. “I enjoy being around the players and helping them to grow as young men and baseball players. My coaching philosophy has always been to play the game in the right way with respect and integrity, and I hope I can show these players how to do that.”

Williams made his major league debut on May 14, 1993, for the Blue Jays. He began his pitching career in the majors as a reliever but was moved to a full-time starter in 1997. His career blossomed after he was traded to St. Louis in August 2001, where he went 7-1 with a 2.28 ERA in 11 starts for the Cardinals. He went on to be named to the 2003 All-Star team and pitched in the playoffs. The right-hander says his most memorable moment playing baseball was pitching in the playoffs in 2001. “There’s no way to describe the feeling of playing in the playoffs,” he said. However, he says coaching is more satisfying than playing because of the opportunity to see kids grow into young men. His message to those kids wanting to play collegiately and professionally is “You have to be coachable, willing to learn, and do whatever it takes to become the best in your craft.”

“I am honored and blessed to have Woody coaching alongside me,” said Head Coach Tom Arrington. “We have known each other for years, but working together has been extremely rewarding to me, not only from a coaching perspective but from personal one as well. Woody is extremely knowledgeable of the game, as is evidenced in his playing experience, but more importantly he has a way of delivering this knowledge to the players in a way they can understand and utilize in their development. Though Woody’s primary responsibility is working with the development of the pitchers, his input in all areas of the team is welcomed.”

Williams and his wife, Kim, reside in Houston. The couple has five children – Katelyn, Sarah, Hannah, Lily, and Caden. 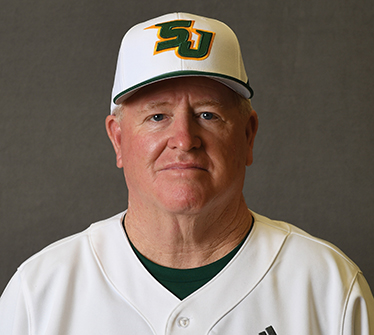 James Kirk is in his fourth season with the San Jacinto College baseball coaching staff. Before joining the San Jac program, he spent his last season as a volunteer assistant coach at Navarro College in Corsicana, Texas. There he coached the infielders and outfielders. In 2017, Navarro College was the runner-up in conference, advanced to the Regional tournament, and advanced to the championship game, where the Bulldogs finished runner-up to San Jac. Kirk works with the infielders and outfielders, developing players on defensive approach.

“Coach Kirk brings a wealth of knowledge to the program,” said Head Coach Tom Arrington. “He has coached several MLB players in his time at St. Pius, and his son Kyle was a tremendous player at both Navarro College and later at Arkansas Little Rock. Also, Coach Kirk served as a police officer for over 20 years. His passion for young men doing the right thing all the time will help groom our players into great citizens moving forward.”

Kirk has held coaching positions at St. Pius X High School, where he was in charge of the infielders and outfielders. During his time at St. Pius X, the team won two state championships and three district championships. He has coached and developed numerous players who have played JUCO and Division I, II, and III baseball.

Kirk will join Koehler as his bench coach in Charlottesville, Virginia, this summer with the Tom Sox.

“Coach Kirk has a passion for this game that is unwavering. I very much look forward to having him on my staff in Virginia this summer and love his energy day to day,” Koehler said.

Kirk and his wife, Wanda, have two children, Jessica and Kyle.