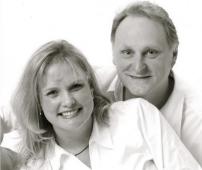 Jerry Ivins (Artistic Director of Theatre and Film) is in his nineteenth year as an instructor at SJC and seventeenth year as the Director of Theatre and Film. He has also served eight years as the chairman of the Fine Arts department, and one and a half years as Interim Associate Dean of Fine Arts and Language Arts. Dr. Ivins received his A.S. degree from Paris Junior College, B.A. and M.A. degrees from U. of H., and his doctorate from Texas Tech. Besides being an accomplished actor and stage director, Doc is also an instructor for students considering film and video careers. He has directed and/or cast over 350 films, commercials, and plays. His goal is to make every actor who crosses TSJ's doorstep as marketable as possible. He and his wife, Renee, are proud parents of McKenzie, and twins, Sarah and Caitlynn.

Jessica McCarroll (Liberal Arts Senior Administrative Assistant/Dance Choreographer) is a graduate of Oklahoma City University with a Bachelor of Science in Dance Management. Throughout college, she was a member of OCU’s American Spirit and Liturgical Dancers, helped a variety of non-profit organizations, and pursued her career as a dance instructor. After returning to Houston in 2007, she was able to join the San Jacinto College theatre and film department as choreographer. In addition to teaching, she has had the opportunity to be part of the ACTF Nominated play Shaken by Dr. David LeMaster.  Jessica is also the Camp Director of KidSpot: Summer Musical Theatre Camp for Youth.  She is the proud wife to Ryan and mother to Lilian and Violet, who happen to also have the theatre bug.

Richard Turner (Acting/Costume Design) Richard Turner is a former San Jacinto College student. He holds an Associate of Applied Science in Respiratory Therapy and an Associate of Arts in Theatre. He received his Bachelor of Fine Arts and teacher certification from Sam Houston State University in Huntsville. Turner earned his Master of Fine Arts in acting and directing from the University of Houston, where he was able to work side by side with Tony and Pulitzer Prize winner Edward Albee, as well as Tony winner Stewart Ostrow. He has performed professionally in Cape Cod, Mass., at the W.H.A.T. Theatre. He was recently in the films “This is America” and “Walking Distance.”

David LeMaster (Playwright in Residence) has been produced as a playwright in schools and theaters across the world, including recent productions of his comedies, The Vain and the Heartless in Australia, and Did Someone Say Murder? in England. He was the winner of the Coleman Jenkins Award for Children’s Theatre and the co-winner of the national Three Genres One-Act Play Award. He’s published forty plays with Brooklyn, Hueur, Eldridge, Meriwether and Encore, and has additional work with Neonuma Press, LTD Books, The Journal of Southwestern American Literature, Reflections, The Kennesaw Review, The Exquisite Corpse, REAL: A Journal of Fine Arts, The Southern Anthology. Theatre Journal The Journal of Popular Film and Video, and This Month Onstage. Dr. LeMaster has battled Early Onset  Parkinson’s Disease for five years and the school recently  produced Shaken, a chronicle of his diagnosis, as a part of the American College Theatre  Festival.

Luis Munoz currently serves as the State Theatre Director and Director of the Focus Young Filmmakers Festival for the University Interscholastic League (UIL). He has been involved in educational theatre in Texas for over twenty-five years. During that time, Mr. Munoz taught at Southwest Texas State University, the University of Texas at Austin’s Summer Workshop, the University of Texas-Pan American, and Douglas MacArthur High School in San Antonio. While at MacArthur, his productions advanced to the 5A State Meet four times, winning first place with Nicholas Nickelby and second place with The History of Tom Jones, Hamlet, and Tartuffe. He is past president of the Texas Educational Theatre Association and a recipient of the TETA Founders Award. He was recently named to the Texas Thespians Hall of Fame and received the American Alliance for Theatre Education's Loren Winship Secondary Theatre Award. Luis received his BA from Texas A&I University in Kingsville and his MA from Southwest Texas State.

Elisa Grace Diehl is a theatre person/writer/musician/martial artist/teacher, among other things.  Alternately, her high school yearbook states that she is a “good little monkey,” and as her mother would have it, she is “a strange bird.”  She is a graduate of Eldorado High School in Albuquerque, New Mexico, and she holds both a BA in Musical Theatre and a Certificate in International Studies from the University of Tulsa in Oklahoma, where she maintained a Presidential National Merit Scholarship and graduated Magna Cum Laude.  While at the University of Tulsa, she studied abroad twice: once at Kanda University in Japan, and once at Goldsmiths University of London.  From 2005-2008, she lived and worked in Gunma, Japan, where she taught English, traveled, played in a rock band, and independently studied Japanese theatre (mostly from the audience, but once from onstage).  She holds an MFA in Theatre (Performance, Asian Focus) from the University of Hawaii at Manoa, where her thesis consisted of in-depth study and application of Noh, Jingju (Beijing Opera), and Kabuki performance.  While at the University of Hawaii, she created, produced, and artistically directed the Black Box Black Blocks Theatre and Dance Festival of New Works (2009-2011), served on the Late Night Theatre Board, performed with the Hawaii Gagaku Society, and helped to organize the Brecht in/and Asia conference of 2010.  She is currently a part-time theatre professor in both the San Jacinto College and Lone Star College systems and a freelance actor in the Houston metropolitan area. 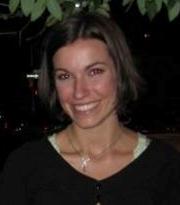 Jamie Almeida grew up in Kalamazoo, Michigan. She moved to New York City after graduating high school and remained there for twelve years.  While in New York, Jamie earned a Bachelor's degree in Theatre from Marymount Manhattan College.  She also received a Master's degree in Educational Theatre from The City College of New York. Jamie has worked as an actor in both plays and film. She also spent six years as a drama teacher within the New York City Public School System. Additionally, Jamie has had a great deal of experience working as a teaching artist, specializing in theatre arts.  She has had the privilege of directing many student productions and has also been able to help students to write and produce their own work.  Jamie and her family have lived in the Houston are for a little over a year now and she could not be more thrilled to join the San Jacinto College Department of Theatre and Film!