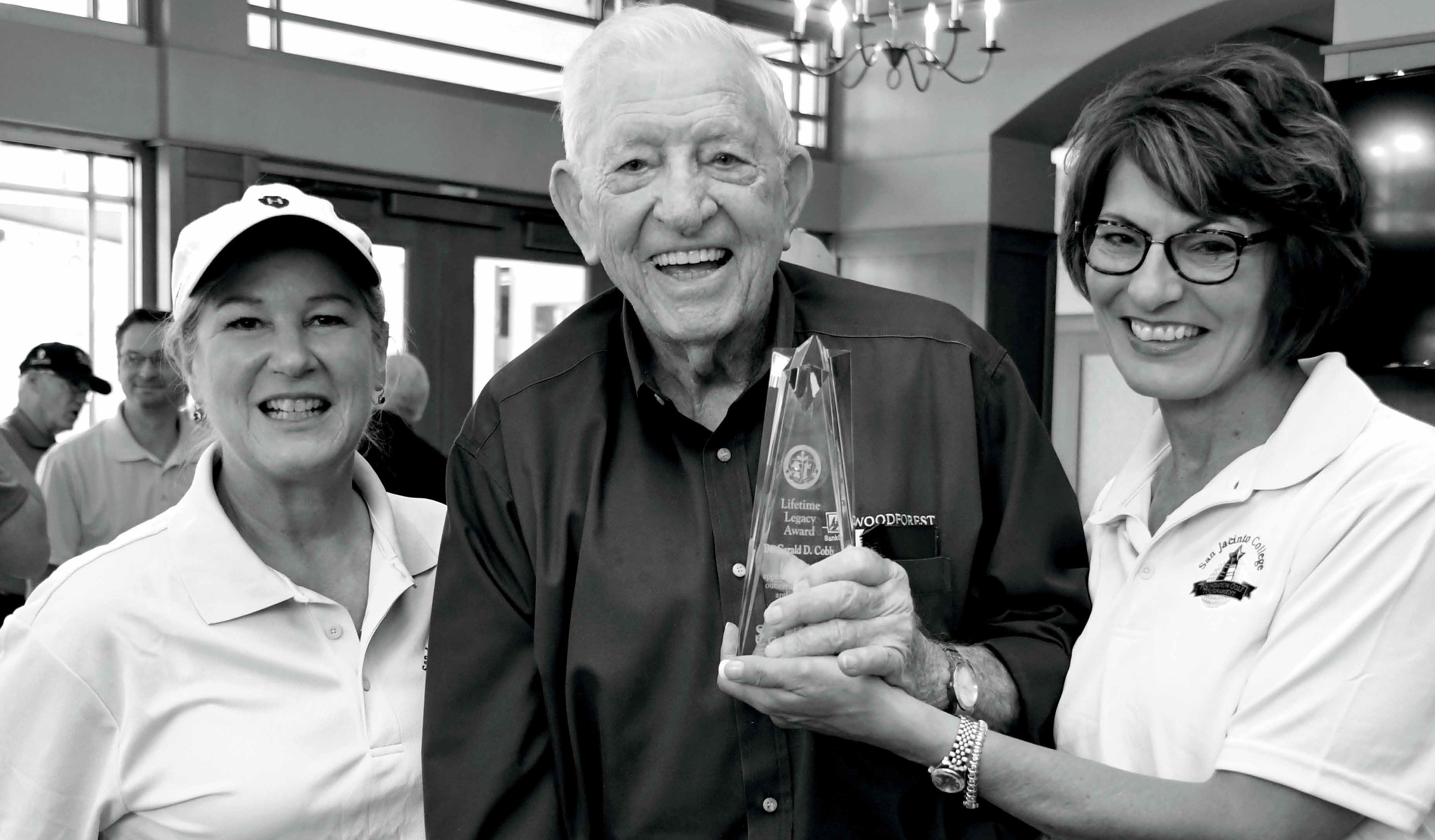 Dr. Gerald Cobb was named the 2017 Legacy Award recipient for his tireless work in supporting public and higher education. Cobb served as the first chair of the San Jacinto College Foundation board of directors and was instrumental in helping to raise more than $1 million during the Foundation’s early years.

He’s a longtime supporter of San Jacinto College and helped to obtain the land to build the College’s North Campus. He has also served as superintendent for Galena Park Independent School District (ISD), following his years as head basketball coach and assistant superintendent for the ISD. 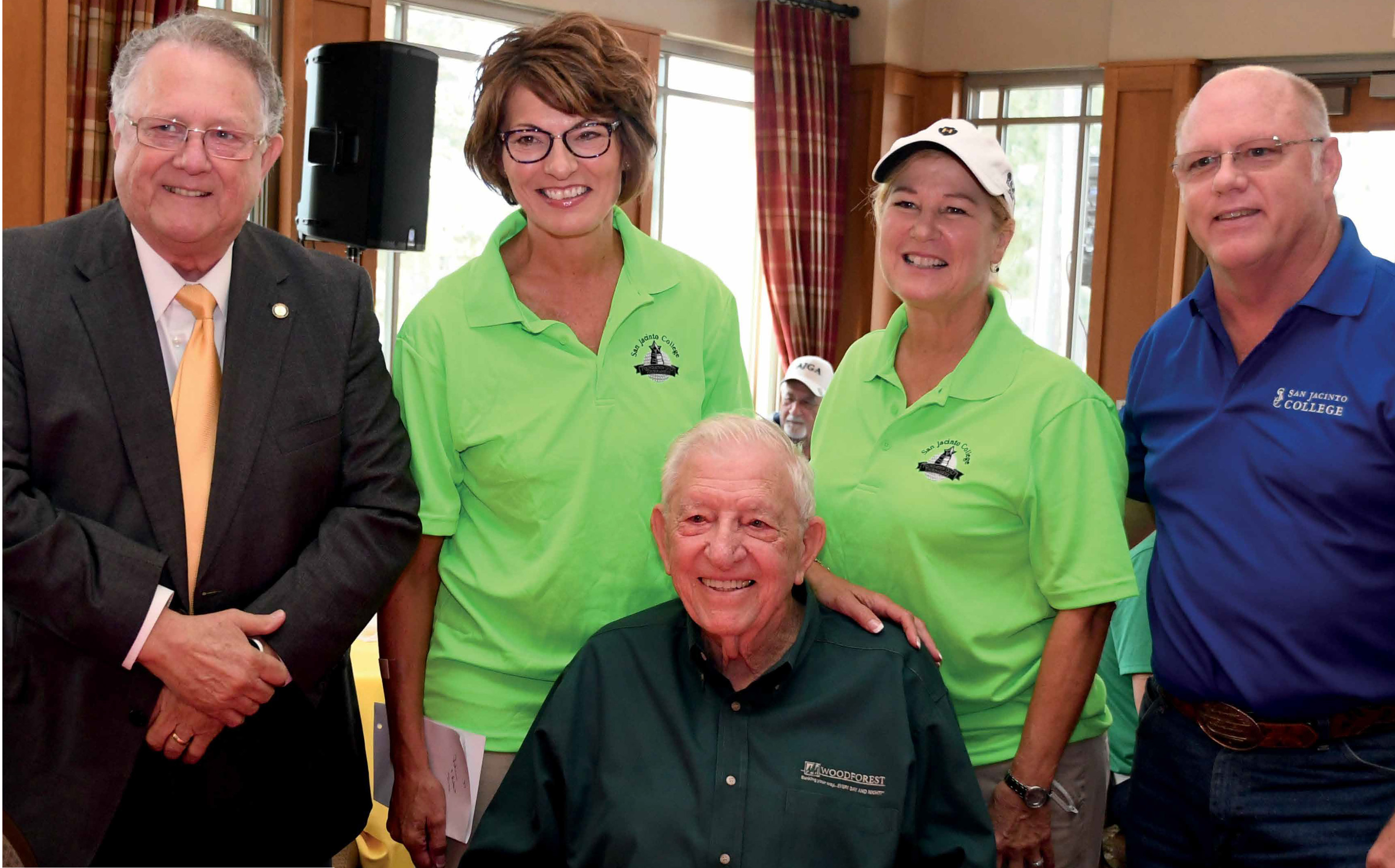 “I don’t know anything that has been more successful than the San Jacinto College Foundation,” said Cobb. “I consider it one of the greatest honors I’ve had the opportunity to participate in. The building of the North Campus brought a greatly needed source of higher education to the North Channel area.”

As the valedictorian of his high school class, Cobb attended Baylor University on a basketball scholarship, where he earned both bachelor’s and master’s degrees. It is also where he met his future wife, Bobbi. The two were married for 62 years before she passed away. Cobb earned his education doctorate degree from the University of Houston. In addition to his education career, Cobb served as chief executive officer of Woodforest National Bank.

“Dr. Cobb has always said that when you have a passion, seek it out and never accept anything less,” said Dr. Brenda Hellyer, San Jacinto College Chancellor. “It is my honor to recognize him with this year’s Legacy Award.”