Please be advised that the SOS login page is currently unavailable. We are working to restore access as quickly as possible.  Due to this issue, we will extend the enrollment and payment periods through Tuesday, June 2 at 11:59 p.m.

Find the most up-to-date information on altered operations related to COVID-19 for students and employees.

NOTE: Students and visitors are NOT allowed on campus without a specific appointment. 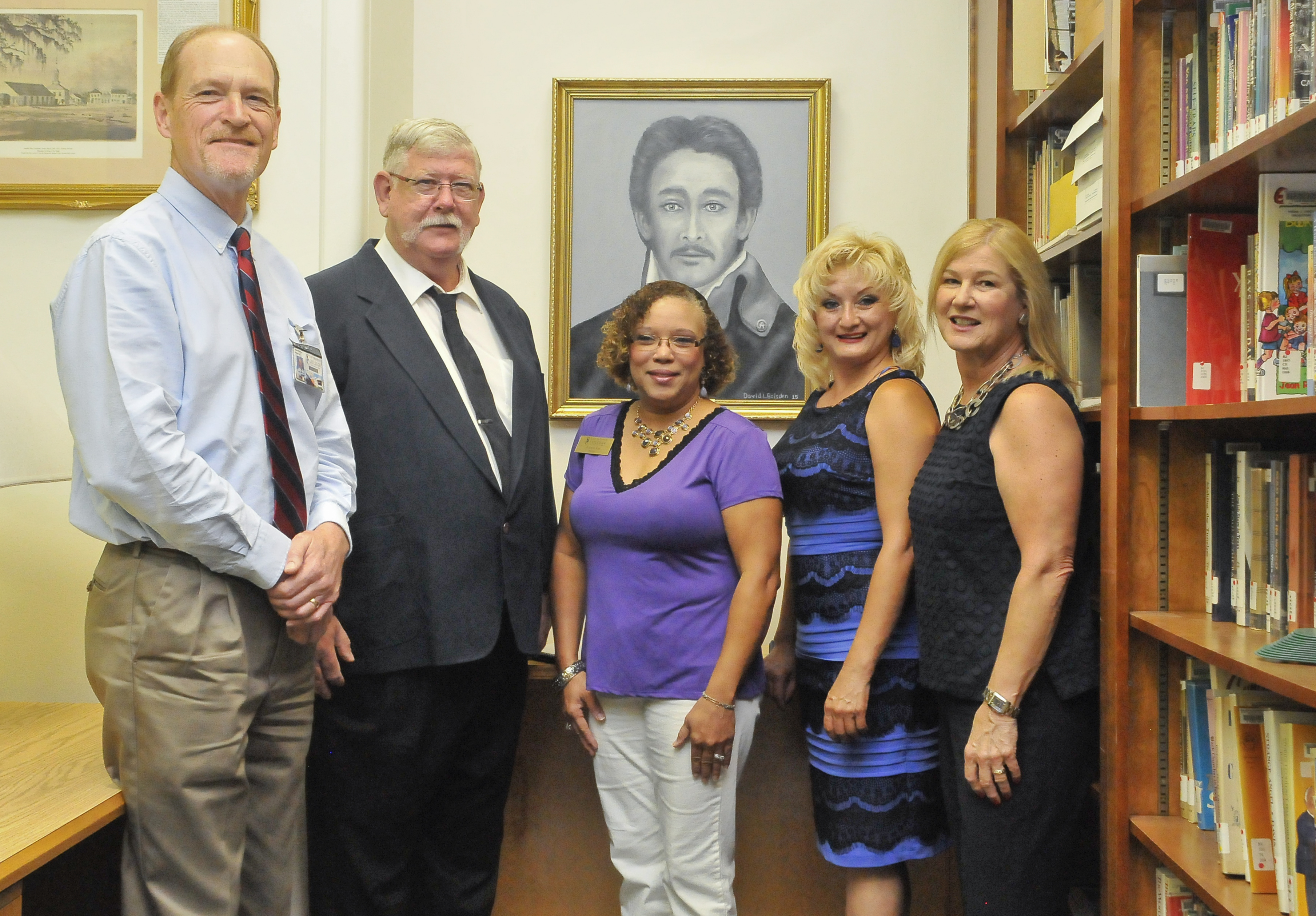 Don Jose Miguel de Arciniega served Texas for 36 years, and until now has been one of its forgotten Tejano fathers. Among his many roles, he served as a land commissioner for Stephen F. Austin, political chief, militia captain, military explorer, State Inspector of Arms, interpreter at the Siege of Bexar, and platted out and named the city of Bastrop. Though he was deeply regarded among Texas’ iconic historical founders, many significant historical accounts of the founding and formation of Texas made no mention of his contributions.

Growing up, De Leon always heard stories of her ancestor, Arciniega, and she and other relatives formed the Jose Miguel Arciniega Descendants Society (JMADS), which brought Arciniega out of the shadows and on to the pages of Texas history.

Baisden, a long-time instructor in the College’s auto collision repair program, has a talent for creating oil paintings, drawings, and other visual art mediums that not too many people are aware of. He and De Leon have been neighbors for years. Upon deciding to research her ancestor, De Leon asked him to create an official composite of Arciniega as part of the required materials for a state historical marker. Since there were no existing images of Arciniega, Baisden used family photos of Arciniega’s descendants to come up with a composite of what he may have looked like along with another series of portraits depicting an age progression of Arciniega throughout key years of his life.

“It was a little difficult to start since there was absolutely no photos or likenesses of him,” said Baisden. “Using a lot of family photos and looking at their dominant features helped me get the initial sketches done, then the family helped refine certain details until I got the final composite created. It’s been an honor to play a part in bringing Jose Miguel Arciniega’s story to life.”

Earlier this year, after evaluating their application and supporting documentation, the Texas Historical Commission approved JMADS for a historical marker recognizing Arciniega as a “Maker of Texas.” The marker was dedicated on May 15, 2015, and is located at the Marriott Plaza San Antonio, in the physical location said to be Arciniega’s childhood home. The space is now named Arciniega House and functions as one of the hotel’s executive meeting spaces, also displaying one of Baisden’s portraits of Arciniega.

Surrounded by monuments of history, industries and maritime enterprises of today, and the space age of tomorrow, San Jacinto College has been serving the citizens of East Harris County, Texas, for more than 50 years. As an Achieving the Dream Leader College, San Jacinto College is committed to the goals and aspirations of a diverse population of approximately 30,000 credit students. The College offers 186 degrees and certificates, with 46 technical programs and a university transfer division. Students benefit from a support system that maps out a pathway for success, and job training programs that are renowned for meeting the needs of growing industries in the region. San Jacinto College graduates contribute nearly $690 million each year to the Texas workforce.