Driving by a Pasadena used car lot in 1997, Bob Kelly spied a curved roof in the back and slammed on the brakes.

Twenty-four hours later, he pocketed the keys to a 1954 Chevy Bel Air.

Working in NASA’s Mission Control Center, Kelly had been searching for a project car for off-the-clock hours. And “Old Blue,” as he later dubbed the Bel Air, replicated down to its turquoise paint his family’s car when he was a boy.

Despite a sun-faded exterior and rust-encrusted bumpers and floorboards, the car represented memories and potential.

Eighteen months later, reality hit. After overhauling everything under the “rust bucket’s” hood, Kelly hit a wall when he got to Old Blue’s exterior dings and dents.

“If you’re in love with the car, you jump on it,” he said. “Later you realize you’re in over your head, and you need professional help.”

That’s when he turned to San Jacinto College. Hearing about another NASA employee who had taken car restoration classes there, he enrolled in evening auto body classes at the South Campus.

The classes began with a lecture and ended with shop time under the instructor’s guidance. With the car roadworthy by now, Kelly often rolled up to the College’s shop to de-rust and refinish the exterior.

He earned his grades based on meeting personal goals.

At the South Campus, Kelly learned how to do a complete auto body restoration--from sanding the correct way (crosshatch pattern), shrinking/expanding sheet metal, and cutting replacement panels to welding patches. He took Old Blue down to bare metal, protected it, and brought it back again.

“You need professional help,” he said. “I’m an amateur, not an auto body guy. I would work on an area and then say, ‘I’m done, right?’ The instructor would say, ‘No, you’re not even close.’”

“The guidance alone was worth a million dollars for me,” he said. “If you’ve never seen it done before--how, for instance, to pull out a dent in the front fender--you don’t know how to do it.”

Old Blue has won several awards, including best in class at the 2015 Houston AutoRama, and been featured in the lobby of the Houston Auto Show.

In fact, it doesn’t take much for Kelly, cruising in the Bel Air, to step back in time himself. One blink, and he is roadtripping with his family once again on the East Coast. While Kelly counts the miles until the next state line souvenir shop, his older brother pops an 8mm camera out the window to document a sunset. From the front, Mom and Dad referee when the two invade each other’s space.

“Old Blue is dedicated to my parents,” he said. “They did so much and never gave up on me. Thank you, Mom and Dad!” 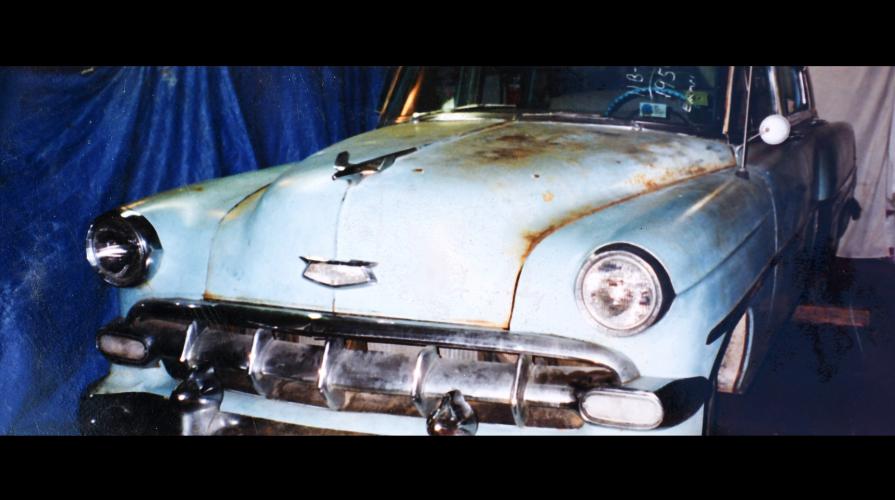 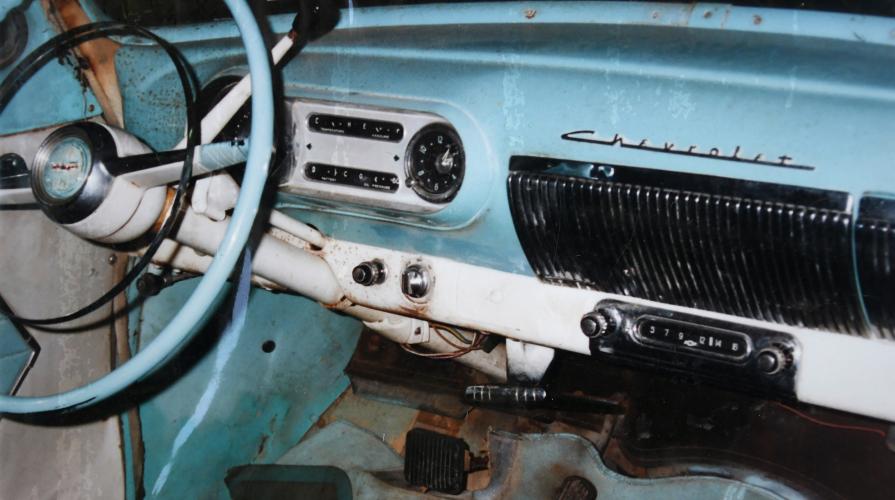 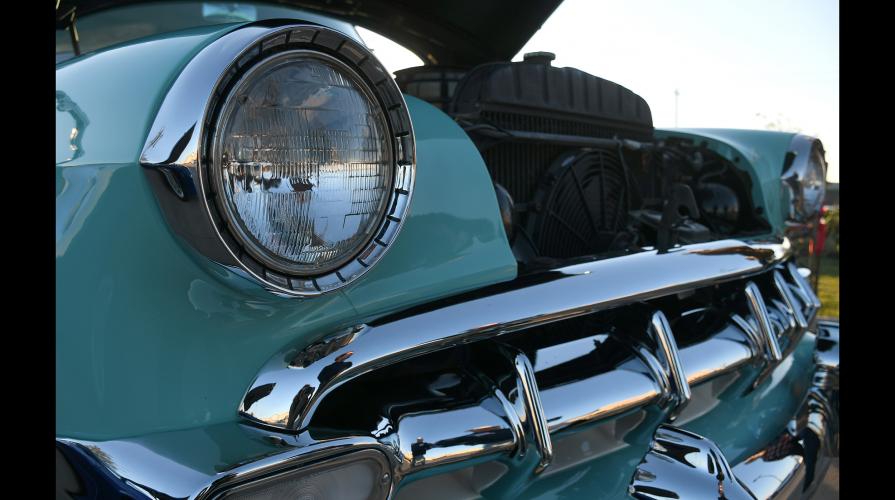 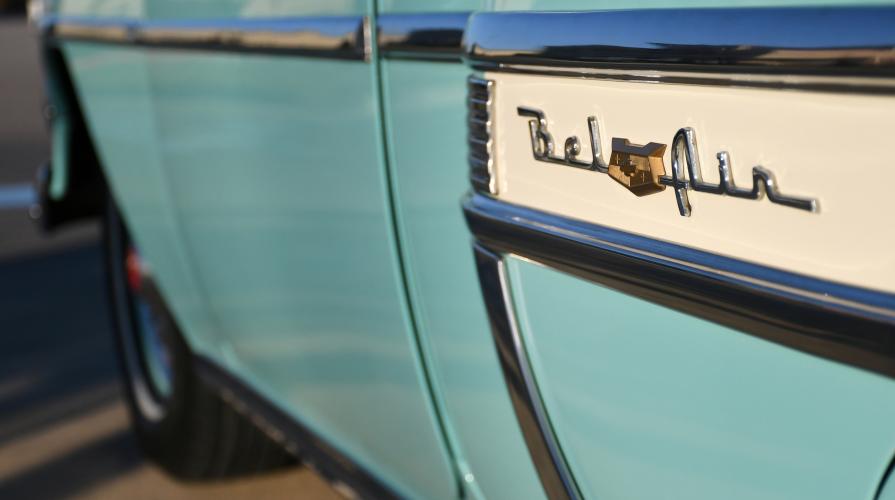 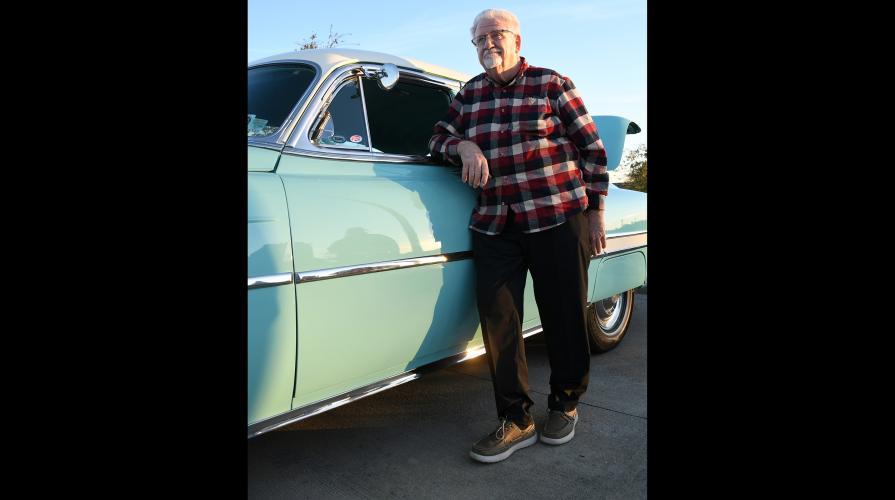