PASADENA, Texas — The grand opening that was initially delayed by COVID-19, and then further by Hurricane Nicholas, finally took place on Friday, Oct. 22 at San Jacinto College’s newest campus – Generation Park. The event has been years in the making, but well worth the time and effort for those celebrating the fifth and most northern campus for San Jac. Faculty, administration, board members, community members, and other supporters gathered together on the beautiful 57-acre campus to participate in the ribbon-cutting for the 55,000 square-foot facility that opened to students in fall of 2020.

“I am very excited to be here today,” said San Jacinto College Chancellor Dr. Brenda Hellyer. “Despite the delays of the official grand opening, the Generation Park campus has been serving the needs of the northern part of our taxing district for more than a year now. This campus is an asset to the community by bringing top-notch, nationally recognized education options to the Generation Park area. We are excited about the future graduates at this campus.”

The facility houses general education and academic classes, focusing on the needs of students looking to transfer to a four-year college or university. And beginning in the fall of 2021, Generation Park began workforce training solutions with the launch of Fundamentals of Supervision Academy. Generation Park leaders continuously meet with established and emerging industry partners to determine how the campus can assist with professional development needs in the areas of business operations, supply chain management, and entrepreneurship.

“The offerings at Generation Park will continue to evolve to meet the needs of our growing student population,” said Dr. Destry Dokes, executive director of the San Jacinto College Generation Park campus. “This beautiful, 55,000 square-foot facility is just the first step San Jac is taking to bring high-quality education options to people of Generation Park.”

Houston-based real estate development and management company, McCord Development, was an active partner working on this project alongside San Jac officials. The company donated 3.8 acres situated at the intersection of West Lake Houston Parkway and Lockwood Road as a testament to their commitment to education.

“It has been an honor working alongside the administration of San Jacinto College to bring the Generation Park campus to life for the Lake Houston community,” said Ryan McCord, president of McCord Development. “San Jacinto College's strategic workforce programs will be influential in our efforts to attract BioMed and other life sciences manufacturing and development to Generation Park and the greater Houston area.”

The Generation Park grand opening is the fifth and final grand opening that San Jac celebrated this fall as a result $425 million bond referendum approved in 2015. In this bond, voters allowed San Jac to build new facilities, update infrastructure and security and remodel nine buildings that are at least 30 years old.

Land for Generation Park was purchased in 2015, and the college spent the next three years planning how the space would best be used. In September 2018, the Board of Trustees approved the development and the groundbreaking occurred in April 2019.

Surrounded by monuments of history, evolving industries, maritime enterprises of today, and the space age of tomorrow, San Jacinto College has served the people of East Harris County, Texas, since 1961. San Jacinto College is among the top five community colleges in the nation as designated by the Aspen Institute for Community College Excellence, and was named an Achieving the Dream Leader College of Distinction in 2020. The College spans five campuses serving approximately 45,000 credit and non-credit students annually, and offers more than 200 degrees and certificates across eight major areas of study that put students on a path to transfer to four-year institutions or enter the workforce. San Jacinto College’s impact on the region totals $1.3 billion in added income, which supports 13,044 jobs. The College is fiscally sound, holding bond ratings of AA and Aa2 by Standard & Poor’s and Moody’s. 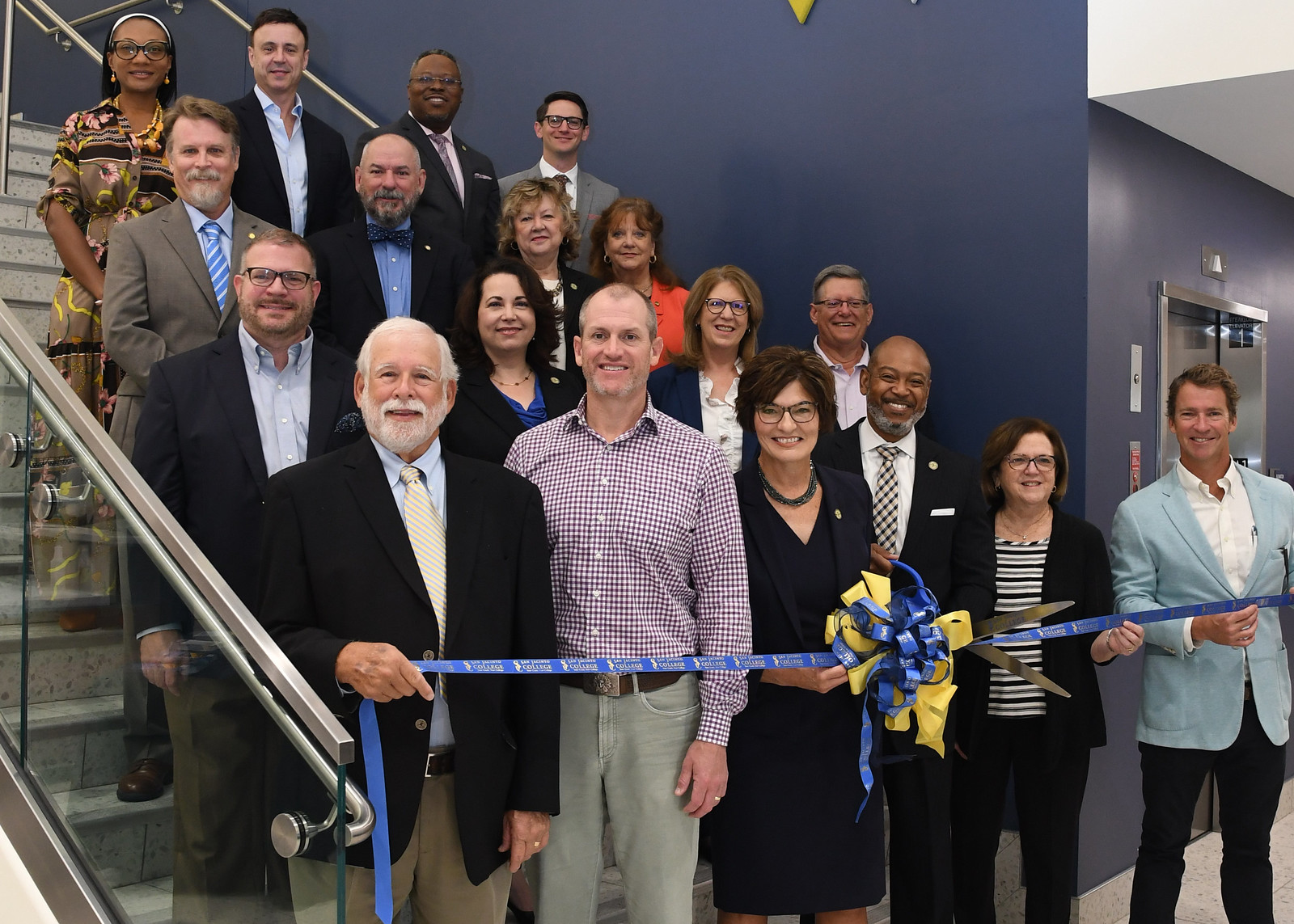