Student Veterans are honored for their military service

San Jacinto College held its annual Veterans Day ceremony at the Central Campus Welcome Center on Thursday, Nov. 11. Students, faculty, staff, and administrators attended the event to honor and thank the men and women who have served in the armed forces.

“San Jacinto College honors veterans who swore to support and defend the constitution of the United States,” said Holly Morrison, manager, veteran services. “This ceremony honors those veterans who protect the freedom we hold dear.”

“Veterans are changed by their military service. What you may not think about is how it has also changed the lives of others around you and at times has changed history,” said Williamson. “I salute my fellow veterans today and hope that San Jacinto College will serve you well, as you have served us.” 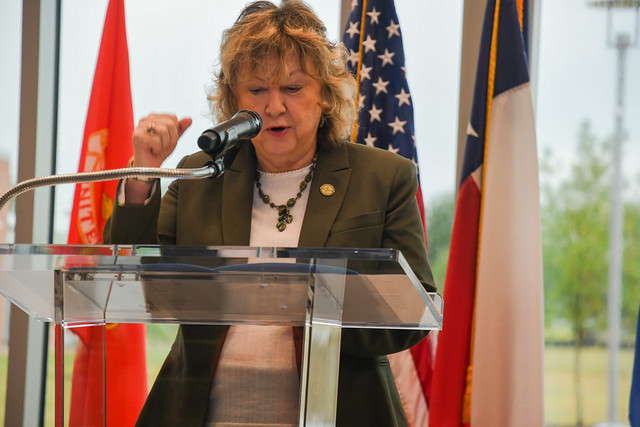