Having the ability to manifest the unseen into a work of art truly is a gift. If you dwell in the creative sphere, it’s possible a career in art is your calling. Whether it’s painting, pottery, digital media or photography, San Jacinto College will set you up for success in an immensely rewarding profession. Not only will studying art introduce you to the fine arts, you may discover you are best suited for commercial work as a graphic designer, computer imaging expert, illustrator or animator.

At San Jacinto College, we’re proud of our award-winning instructors, and visual studios, which are outfitted with state-of-the-art computer labs. As a student, we’ll help you develop new skills and express your creativity in ways you never imagined was possible. Graphic design is a coveted skill in the mass communication field. With rapid changes in digital media and the ever-evolving advertising landscape, obtaining a degree from San Jacinto College will help launch your career.

Our courses give you the background and training you'll need to specialize in certain areas, such as advertising, media, art education, or gallery work. You’ll gain the tools and experience you need in order to prove you’re a highly desirable candidate for potential employers. Additionally, you’ll leave our program with an impressive portfolio showcasing your best work. 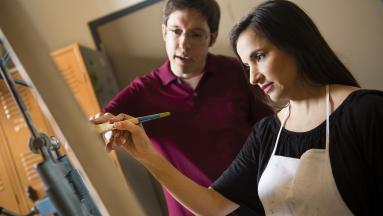 If you are interested in transferring into an Art & Design related major at a university, the Art & Design program offers transfer plans and courses that will get you started in the right direction. Courses are offered at North, Central, and South campuses. 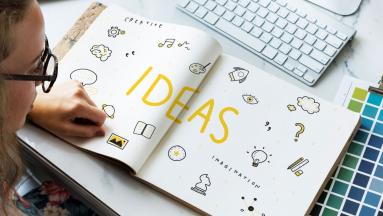 If you are interested in workforce training in the graphic design and digital media industry, then the Art & Design Technical program offers classes to fit your needs. 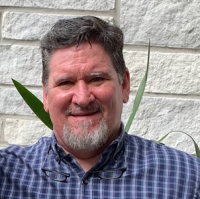 B.F.A. Studio Art and Art History – The University of Texas at Austin

M.A. Painting – The University of Wyoming

M.F.A. Art and Design – The University of Illinois

Houston based artist, J. Todd Allison is the chair for Arts, Communications and Physical Education at Central Campus and has taught foundation studio courses since 2001. He has previously served as the Central gallery coordinator, Gulf Coast Intercollegiate Consortium art president and representative, and the chair for Art and Design. He has lived and regularly exhibited in the Houston area since 2000. His work has been exhibited across Texas, the U.S., and internationally in Spain, Peru, United Arab Emirates, and India. His work is represented in numerous publications and both public and private collections throughout the U.S. 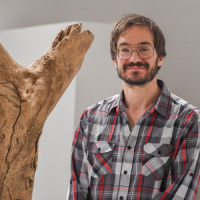 Bradly Brown has been exhibited at Rice University, The Dallas Contemporary, Fort Worth Contemporary Arts, Hiroshima City University and was included in the 2013 Berlin Becher Triennial. He was awarded the Fort Worth Weekly’s Visionary Award (2014), Mercedes Benz Financial Service Scholarship (2013) and the Bean Distinguished Lecture Series, St. Anselm College (2008). In 2015 Brown moved to Houston, TX and was a recipient of Lawndale Art Center’s Artist Studio Program. He is currently focusing most of his time working as Galley Curator, and Professor of Art at San Jacinto College’s South Campus 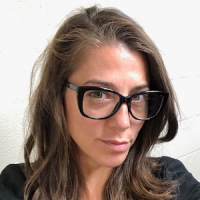 Professor Champion is an art historian, curator, art advisor and certified fine art appraiser with a focus in American Modern and Contemporary Art and specialization in Early Texas Art and Culture. She directs the art gallery on central campus, teaches Art History and Art Appreciation courses and is actively involved in various organizations that support students who are interested in a career path in the arts. 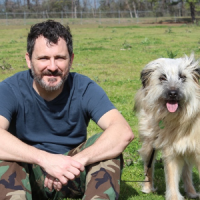 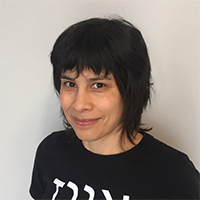 Diana-Sofia Estrada is a Guatemalan American visual artist/educator born and raised in Houston, Texas. Estrada has worked with various Los Angeles arts organizations, companies, and colleges as a teaching artist, a professor, an artist, and in the art industry working in fabrication to studio managing. Estrada’s artwork questions ideas of visibility and conversations to interpret everyday events through drawings, installations, performance, and animation/video. Estrada has exhibited her artwork internationally and nationally including Diaspora Vibe Gallery (Miami), Alice Yard Space (Trinidad), Box 13 (Houston, Texas), at Artlab at the Smithsonian Hirschhorn Museum in Washington D.C., FairPlay at FairMarket (Miami, Florida), and with Seer-Gallery. 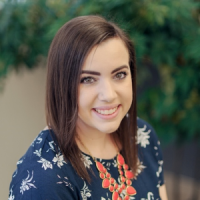 Originally from northeast Texas, Dr. Huffstetter has studied art history throughout the U.S., Ireland, and Peru, while also working for various museums and cultural arts organizations. She taught art history and art education courses for Oklahoma State University and The Ohio State University before coming to San Jacinto College where she teaches courses in art history and art appreciation. Olivia’s research interests include social media in arts curricula; feminist art theories and practice; and museum education. 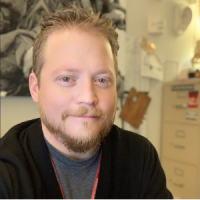 Daniel grew up in Texas in a family that embraced the outdoors, he had a boundless appreciation for visual observation throughout his life. He began progressing as an artist during college using his love of the visual world eventually making a living as an artist and art professor. He has never been able to focus on one particular medium, often having multiple projects going at one time, but is most fulfilled when using photography as part of his painting process. He enjoys traveling with his wife, daughter and their three dogs when they are able, to inspirational landscapes and busy cities alike. 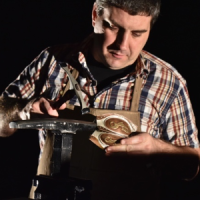 Born in western New York, Jeff McGee came to San Jacinto College in 2011 as a full-time faculty member with extensive experience in metalsmithing, sculpture, illustration and interdisciplinary collaboration. During his time in Houston, he has served on several non-profit boards in the Arts including two-years as President of the Houston Metal Arts Guild. Professor McGee was the inaugural Curator of the San Jacinto College South Campus Gallery prior to his current role as the South Campus Fine Arts Chair. 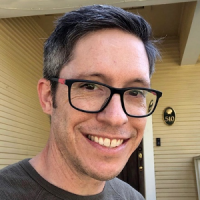 Brian Piana is a visual artist and designer who grew up in nearby Pasadena, TX. After earning a Master of Science degree from the Texas A&M Viz Lab, he worked for a new media company in Houston for three years as a web designer and motion graphics animator. Following that company's closure, Piana went back to school and studied Digital Media art, earning a Master of Fine Arts from the University of Houston. His artwork has been exhibited in art spaces nationally, including at FotoFest, Lawndale Art Center in Houston, Maryland Institute College of Art, and on Rhizome.org. He has been a Professor in the Art and Design Technical program at San Jacinto College since 2009. 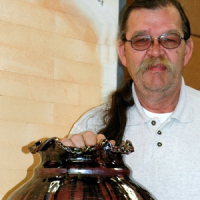 Michael has been teaching in the Fine Arts since 1992, 12 years as an adjunct professor, then hired as a full-time professor with San Jacinto College Central. Prior to teaching, he worked in his field, Ceramics, in a studio environment with four other Ceramic artists and repaired ceramic kilns at local schools. On a personal level, he was born in Central Texas and grew up in Houston. He is the first in his immediate family to graduate from high school followed by acquiring two college degrees. Michael is a VFW (Veteran of Foreign War), drafted after graduating from high school and served a tour in Viet Nam. He has been married for forty-five years to a second-grade teacher, who recently retired after 40 years of teaching. 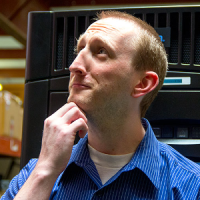 Michael Yost is a digital designer and digital marketing professional with experience in a variety of commercial industries. He teaches digital media and graphic design courses in the Art & Design Technical program. Michael began his time at San Jacinto College as an adjunct in 2016, before moving to full time in 2018. 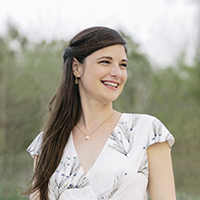 Megan Zecchin is an artist and photographer working in Houston, TX.  Before coming to San Jacinto, she taught art and digital media courses at various colleges and worked as a commercial photographer and photo editor. Her mixed-media photography has been exhibited across the US. Zecchin's artwork explores poetic and metaphysical themes, as well as common human experiences exaggerated to the level of myth. 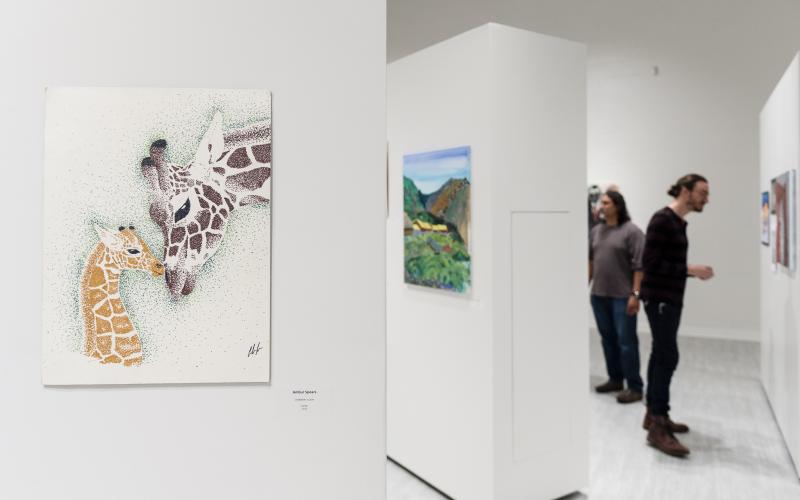 Art & Design at San Jacinto College manages academic galleries at the North, Central, and South campuses that are free and open to the public. Our spaces host professional artists, national traveling exhibitions, interactive works, and competitive student shows. If you're interested in scheduling a group visit, or just want to know more about upcoming events, message us on Facebook or send an email.