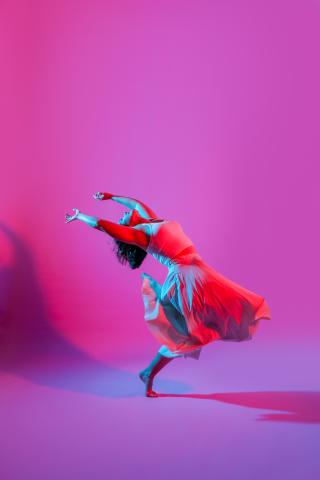 Jamie Williams attained her BFA in Dance from SHSU graduating Summa Cum Laude in May 2008, and her MFA in Dance in 2011.  She is also a certified Laban/Bartenieff Movement Analyst and Registered Yoga Teacher at the 200 hour level. Jamie is a founding member of Aimed Dance, formerly Rednerrus Feil Dance Company, and is also a member of Frame Dance Productions. Additionally, she has performed with Psophonia Dance Company, and with local independent artists Laura Gutierrez, Brittany Thetford-Deveau, Rebekah Chappell, Jennifer Mabus, Jane Weiner, and Dionne Noble. She was a 2014 recipient of a Hopewerks artist in residency space grant, and has presented work at the American College Dance Association Conference in informal, adjudicated, and gala showcases. In 2018, she received a San Jacinto College Honoraria Award for her work in founding and producing the annual Artists for Hope event produced each February by the San Jacinto College Dance Program. Jamie currently serves as a dance professor and the dance program coordinator for San Jacinto College, South Campus. She loves sharing her art with others through performing, teaching, and creating. 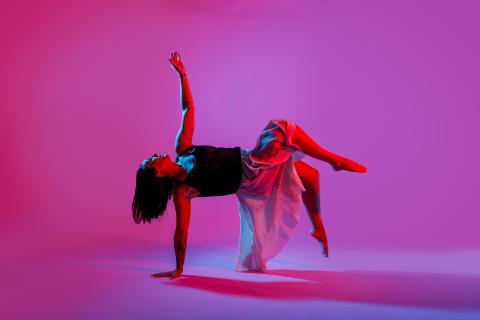 Jennifer Salter earned her B.F.A. and M.F.A. in Dance from Sam Houston State University, where she studied and performed locally and nationally with Kista Tucker Dance Company, Dancepatheatre, and Rednerrus Feil Dance Company (now Aimed Dance). She has presented her work in Houston under commission through The Pilot Dance Project, and recently collaborated with Pilot as a performer. Her artistic endeavors have led her into creating dance films, photography, graphic design, and her choreography has been recognized at the institutional level and presented at local and regional festivals. Several of her dance films have been presented at film festivals and art exhibits around Houston and she was featured in the “Inspiring Stories” series in Voyage Houston Magazine. Most recently, she was honored to be a grant panelist for Houston Arts Alliance and partner with Frame Dance Company to develop curriculum and instructional videos in screen dance for Houston Independent School District’s middle school dance programs. Outside of teaching dance, she owns a successful photography business and works as a freelance graphic designer and photographer for local companies and organizations. 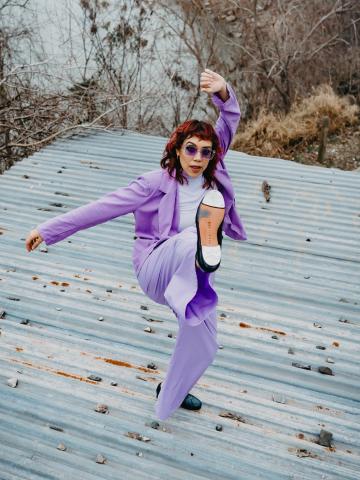 Cynthia was born and raised in El Paso, Texas and has a background in acting, singing, and dancing. She’s received a Master of Fine Arts Degree in Dance from Sam Houston State University, a Bachelor of Fine Arts Degree in Dance Performance from the University of Texas at El Paso, and an Associate of Arts Degree from El Paso Community College. Her dance training includes 23 years experience in styles such as Tap, Jazz, Modern, Ballet, Hip-Hop, Folklorico, Flamenco, and Aerial Silk. Cynthia has taught various levels of Tap, Jazz, Hip-Hop, and combination classes at The British Ballet Academy, Sam Houston State University, The Houston Metropolitan Dance Center, TUTS Humphreys School for Musical Theatre, and Claire School of Dance. Cynthia has also had work presented at the American College Dance Association, Comedy Dance Festival, and Bailando Dance Festival. She has had the pleasure of dancing for artists such as Sean Curran, Erin Reck, Dionne Noble, David Deveau, Andrea Vazquez-Aguirre, and Myron Nadel. She has been seen in shows such as Mamma Mia, Chess, In The Heights, Monty Python’s Spamalot, West Side Story, Singin' In The Rain, The Producers, VIVA! El Paso, and is a performer at The Texas Renaissance Festival. Cynthia has a love for all things art and embraces her theatrical and collaborative voice as part of her creative soul.