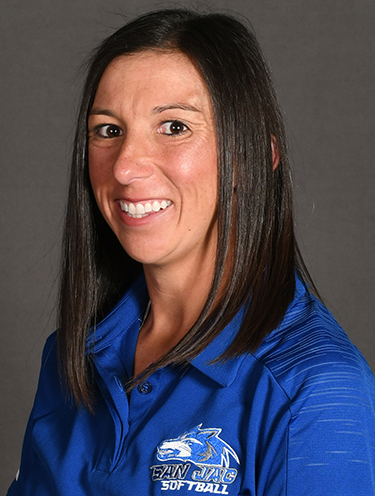 During her two years as a San Jac student, Walters re-wrote the softball record books. Her name appears in each of the pitching records, where she ranks second for most wins in a season (31) and is the record holder for innings pitched (263.33) and batting average against (0.107). She is third in strikeouts, second in shutouts, and fifth in ERA.

After graduating from San Jac, Walters went on to a stellar career at McNeese State University. In two years, she guided the Cowboys to a 69-56 record. She played in 37 games, making 20 starts. She was 4-5 as a starting pitcher with a 3.61 ERA.

Walters holds a master’s in kinesiology and coaching from Texas Woman’s University. Married since 2014, she and her husband welcomed a daughter in 2015 and a son in 2018. 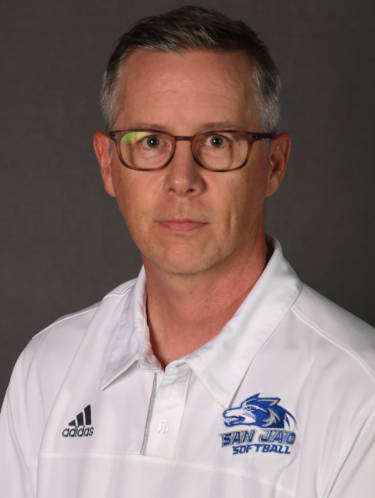 Shane Caron is a Nationally Certified Athletic Trainer, State Licensed Athletic Trainer and also holds the NSCA certification as a Strength and Condition Specialist. Over the last 20 years he has worked with Olympians, MLS All-Stars and MVP’s, USMNT players, and International athletes.

He is a graduate of The University of South Alabama where he majored in Sports Injury Management and continued on with his graduate work at West Texas A&M.

He began his work with the Houston Hotshots of the World Indoor Soccer League for one year and then moved on to San Jacinto College. There he was a part of multiple championships with men’s basketball, men’s soccer and softball.

In 2007 the Houston Dynamo hired Shane where he spent seven years as an Athletic Trainer and the teams Fitness Coach. While with the Dynamo he was a part of the 2007 MLS Cup Championship team, MLS Cup Finalist in 2011 and 2012 and a member of the 2010 All-Star Game against Manchester United.

In 2011 he was awarded the honor of MLS Medical Staff of the Year. Prior to returning to San Jacinto College  he worked as an Ergonomic Consultant for a Fortune 500 company based in Houston.